In the Croton county it is very visible the influence of Magna Greece times. One of the many legends tells us that Croton was a Greek colony since the end of VIII b.C. century, from the moment that the Delphi Oracle disposed to establish a new city between the Capo Lacinio and Punta Alice lands, Myskellos of Rhype was in charge of it.
Another story about the Croton origin is concerning the Hercules myths: by mistake he killed his friend Kroton instead of the beefs kidnapper Lacinio, so to honored him he built a town named after his friend Kroton, the ancient name of Croton.
This Colony was also important for its athletes and many of them were several winners during the Olympic Games, first among equals was considered the wrestler Milo of Croton. The ancient geologist Strabone used to say: “Crotonian the foremost among the Greeks”. Nevertheless, this area is known all over the world for the mathematician and philosopher Pitagora, the founder of Pythagorean School.
Later on these lands were conquered by the Normans. In 1806, it was occupied and sacked by the English, and later on by the French. Thereafter it shared the fate of the Kingdom of Naples - including the period of Spanish rule of which the 16th-century castle of Charles V serves the Kingdom of the Two Sicilies, which was conquered by the Kingdom of Sardinia in 1860 and incorporated into the new Kingdom of Italy in 1861. 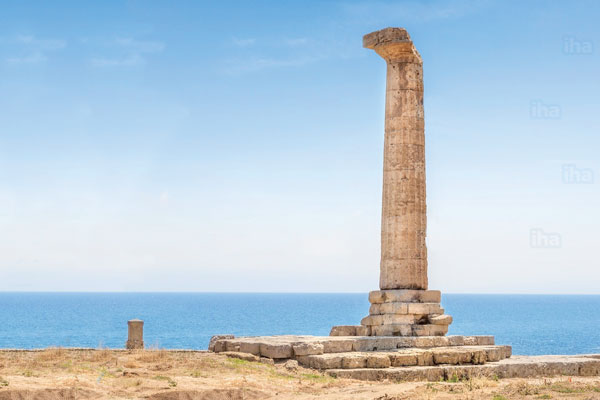 At about 13 km far from Crotone, there is the Archeological Park of Capo Colonna , a place where the ancient Greek town took origin and still a religious destination: every 3th Sundays of may, pilgrims walk from the town to the Sanctuary to honor the Black Virgin of Capo Colonna. The Park is made of roughly 30,000 square meters of terrain allocated for excavations, which brought to light the foundations of different buildings concerning the Greek Age and today is still visible one remain column of the Temple, made in devotion of Hera Goddness. Close to the sites is situated the Archeological Museum, which contains three sections: Earth-Sacred-Sea. Visitors can admire artefacts found underwater, votive objects and parts of the ancient Temple. 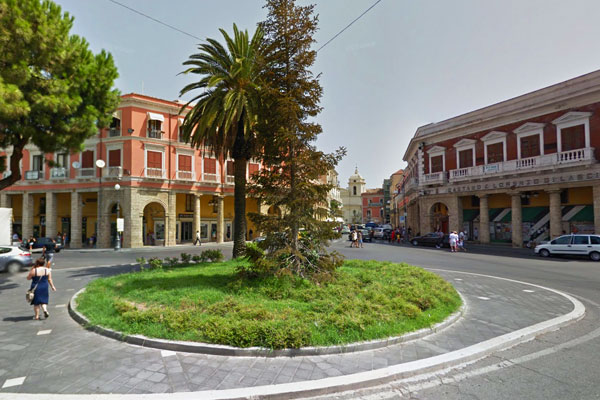 is the most important square of Crotone and a meeting point for citizens. It is surrounded by porches built in the second half of the ‘800's. Walking through Via Vittorio Veneto we arrive in Piazza Duomo where the magnificent IX Century Cathedral is located. 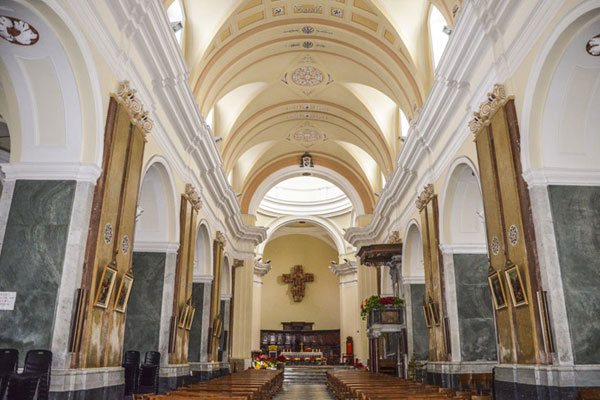 it has a neo-classical façade and the inside has a nave with two aisles and Baroque decorations. Noteworthy are a baptismal font (XII century) and the original Virgin of Capo Colonna painting, the icon of the “Black Madonna” which, according to the tradition, was brought from the East in the first years of the Christian era. 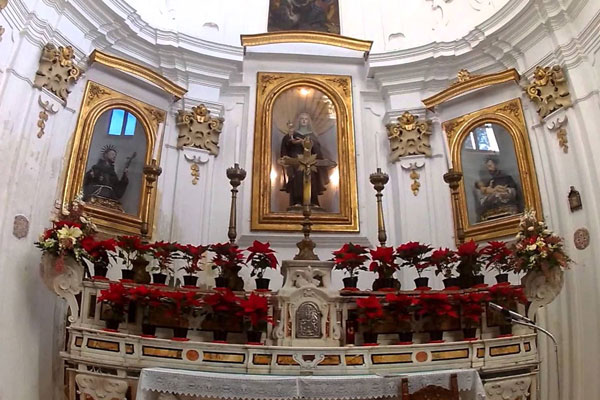 this small, beautiful church is part of the Poor Clares convent. The church is characterized by a beautiful Neapolitan majolica floor and a precious wooden crucifix from the XVIII century. 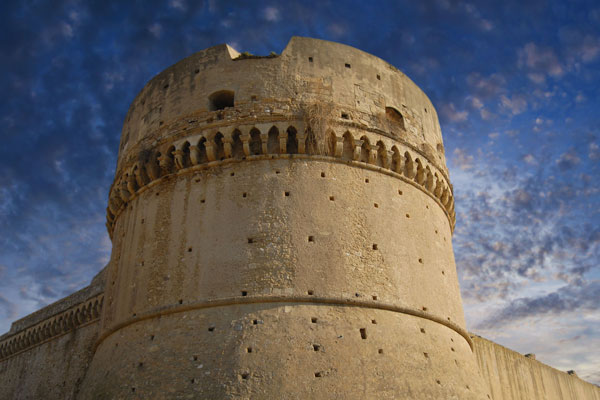 the castle stands in a imposing position in the highest point of the town, thus able to keep guard over the sea and the surrounding countryside. Today, it represents an enlarged reconstruction of the old Medieval castle with the various revisions carried out during Angioin and Aragonian rule. 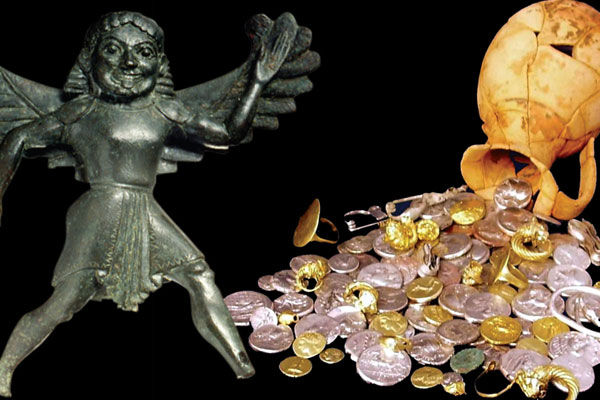 it is situated near the Medieval Castle and holds all the most significant findings from the archaeological areas of Crotone. Main attraction is the section dedicated to the so-called “treasure of Hera Lacinia”, with votive objects of extremely high artistic value, found in the sanctuary bearing the same name. The crotonese craft is well known for its skilled goldsmiths, who create magnificent jewels, often inspired by the Greek and Byzantine style, such as the Apotropaic Mask or Delphic Tripod. The biggest, with its Masterpices in Crotone is Gerardo Sacco; visitors can take a tour in his shop and buy unique pieces of jewelry. 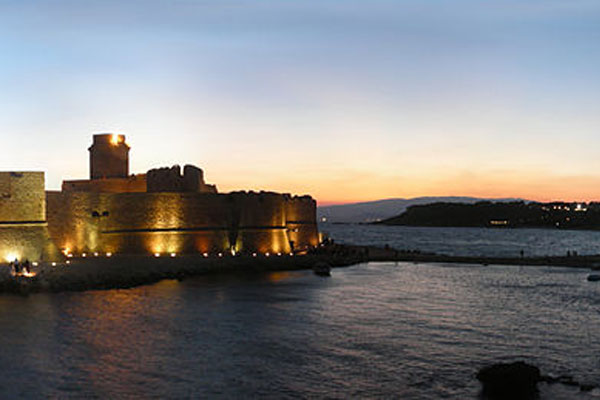 Upon entering the ancient fishing village located about 20 km from Crotone, you will immediately see one of the seven fortresses on the horizon, which once stood along Squillace Gulf. As you get closer to the castle, the view becomes even more spectacular, as the castle sits on a small isle anchored to the shore by a tiny strip of land. The fortress is on an irregular layout and was likely built by the Aragonese around an existing Angevin fortification, even though its initial construction has been dated back to 204 B.C. The island-fortress of Le Castella is particularly enchanting at night, because of the way lights play on the water. In the village can be found a number of typical restaurants and handicraft shops. 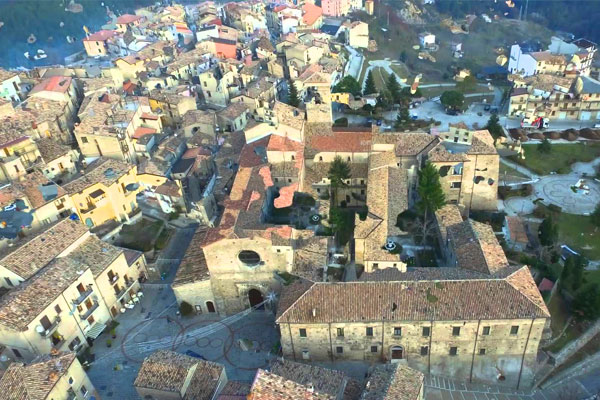 S. Giovanni in Fiore is the gateway to the mountains and the most important inhabited centre of the Sila plateau, with active handicraft, commercial and tourism initiatives. The town has illustrious origin, being the site where Gioacchino Da Fiore in 1189 established his monastery, around which the village gradually developed. The monastery and the cloister in addition to the abbey, founded in 1185, have been almost completely restored. In the crypt there are the remains of the Abbot, the remains of the cells, and fine 17th century wooden choir stalls. Three sculptured stone portals, from the 17th century, are incorporated into the main church which contains a fine baptismal font of the same period. There is a Museum in the left nave of the Abbey covering an area of over 1,000 m2 with numerous sections displaying an interesting series of local utensil and an impressive photographic collection of S. Giovanni in Fiore and the Sila. 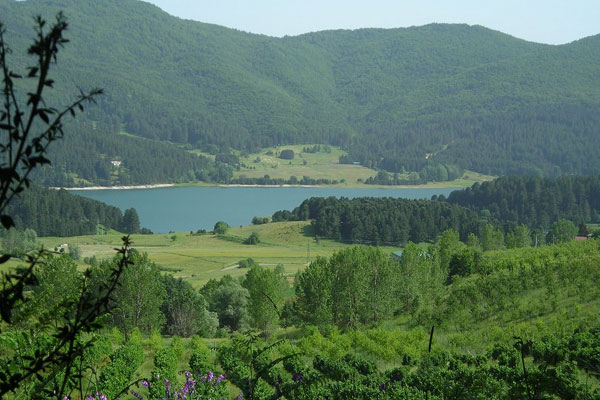 The Calabrian Mountains can be identified with the vast plateau at the centre of the region, with peaks that hit the 2000-meter mark. The Silan landscape is defined by the larician pine, a very tall tree that recalls the gentle wilderness of the Alps. Camigliatello and Trepidò are the main Silan towns very easy to reach from Crotone. During the winter, there are a number of open ski slopes, giving sport enthusiasts the chance to ski just 50 km from the sea. Fallistro Wood represents a unique natural monument. Here you can find about 50 enormous specimens of larch-trees and mountain maples with a 40 metre height, with a two metre diameter and an age of about 400 years. This is the last surviving example of a primitive forest named "The Sila's Giants".